Today’s blog has a more personal touch to it. I hope you enjoy it. 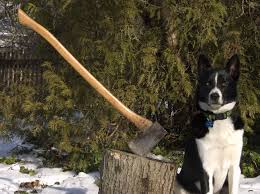 I had been driving for two hours towards the reclusiveness of my dad’s farm. As I was seeing less and less human life and activity I really began to wonder if I could do it. Stay there overnight alone. Two weeks prior my father’s heart suddenly stopped as he was walking from the kitchen to the living room. His passing was heartbreaking but what was even more so was the fact he laid there for three days until our sickening worry prompted a phone call to his neighbour friend. My father lived alone in the middle of nowhere. He hated city life with all the hustle, bustle and traffic and chose to buy a little place away from it all. I could never understand why he wanted to live so far from everything even from us, his children.

During my commute to the farm I did a whole cycle of the grieving process textbook style: swearing, crying, praying, laughing and soothing myself. Now came the task of dealing with my father’s home and his belongings. My siblings appreciated me volunteering to do so. I was familiar with his home but knowing I had to stay there alone made me squirm a bit in my seat. It wasn’t that he passed away in the home it was because it was so darn quiet and desolate.

His farm was situated off the highway set back in a small little forest. It was more like a cabin than a home I was accustomed to. The house was mostly heated by the woodstove in the living room with electric heaters in the bedrooms. Heating with wood meant that the woodshed had to be fully stocked before winter arrived. The hard water came from a well and drinking water had to be hauled in. There was no internet service and cell service was weak depending what part of the house you stood in. T.V. was the only form of company and was usually on most of the day. I could never understand how my dad could stand it day after day. When I would visit him I would beg him to sell his home and live closer to me.

Turning into the long driveway of his farm, the dogs came running up to greet me. As I got out of my car and took a walk around the yard it was apparent the neighbours were doing a great job of looking after the place and the dogs. Entering the house I was hit by cool damp air. The electric heat was turned down to a minimum temperature to save on electricity. I had to start a fire immediately if I was going to even feel comfortable taking off my jacket. On the porch I saw my dad’s work boots. I put them on and headed to the woodshed. Growing up in Northern Saskatchewan chopping wood and making a fire (without paper) was a skill that was required of every Northerner. Even now as a city girl it was still second nature. The woodshed smelled like freshly sawed lumber, it was a good smell. A smell that was attached to many good childhood memories. After chopping some pieces in different sizes I threw what I needed into the wheelbarrow. I wanted to start this fire fast without having to baby it so I began to trek into the bush to grab some small dry branches. The dogs followed me in, running between the trees and rooting their noses in squirrel burrows. The crunch of the leaves and branches under my feet would surely have scared any little rodent off but not the screeching magpie above me. It peered at me as though I was some sort of a trespasser letting me know that it is keeping watch.

The blaze of the woodstove lit up the darkening room. Evening was setting in and my stomach was growling. I had brought some of my homemade stew in case there wasn’t anything in the house. With the fire cracking and the stew bubbling I looked out the kitchen window. Blackness, l felt like I was the only human alive in a 100 mile radius. It was both comforting and eerie. I had never experienced those two feelings together as they seemed opposite of each other. Comfort I can understand but why was it so eerie? I closed eyes to let my other senses take it in. I could hear only crackling and bubbling and smell wood burning and food cooking. I could feel my shoulders that were sitting up at my ears for the last two weeks slowly move down to their original place. I took a big breath in. Whatever pressures that were weighing on me didn’t seem to matter at that moment.

I threw in another log into the stove before I settled in with my bowl of stew. I wrapped a blanket around me, turned on the TV and started to eat my supper. It was warm and cozy. In fact, it felt really really good. Isn’t this what we wish for from time to time? To be away from it all and to be just alone? Here I was away from the constant chatter of social media, rumbling of traffic, and even Wifi waves that hit us at every angle. I was in a moment where I could just be. I could be alone with my thoughts, be able to reflect and reconcile with whatever feelings rise inside me. My mind was allowed to wander which doesn’t hold much value in a focus-driven world. I didn’t really have to do anything if I didn’t want to. There was always tomorrow. I laughed out loud. I always thought my dad was a procrastinator. Now I get it. There was always tomorrow.

When I left the farm the next evening I was a different person than I was 36 hours ago. I not only understood the value of stillness but felt the comfort in it. It was eerie because I never felt true solitude and it made me feel vulnerable. There are some good lessons in feeling vulnerable. That day and a half on my own allowed me to feel whatever came my way. During the last two weeks I was distracted by the “to-do” list with my father’s passing. But then again aren’t we always distracted by something? On my drive home I was starting to envision my own little cabin in the woods. Maybe I don’t really need a cabin but a secluded “place” where I can feel free to just be. 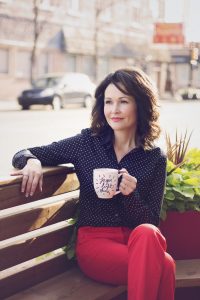